Here we have one of the most powerful full moons of the year! 4 planets in Aries in opposition to the Moon in Libra! They are: The Sun (of course) in conjunction to Venus at 6 ° Aries exactly oppose the Moon at 6º Libra, Uranus at 8º Aries, which is at the moment in conjunction to the Sun and Venus and Mars at 11 degrees Aries, forming an exact square to Pluto in Capricorn 11th, forming a T-square to the Urano-Pluto square that is changing the world as I write and also our perception of it. All of this added to the already powerful energies of a full moon. The case of the collapse of the banking system of Cyprus, one of its most obvious manifestations, the threats from North Korea of “being ready for war”, another of the many. We are being reminded that this financial crisis, which is also a cultural values and religious crisis, has not concluded and that we still have many things to learn from it. As long as there are systems and people that resists change, we will continue in it.
On the 28th, the Sun, Venus and Uranus will be together at about 8 ° Aries! If you have planets in cardinal signs (Aries, Cancer, Libra and Capricorn)around that degree, pays attention to what happens on those days. The energy will also remind us, the need to free ourselves from that which oppresses us, that which impedes our advancement, yet, sometimes freeing ourselves doesn’t mean necessarily, “breaking up”, but it speaks to us about the possibilities of giving more freedom of action to ourselves, so that we can have more freedom of movement. Uranus, need freedom of action to create, if you feel depressed or restricted in some way, then you’ll probably reacts violently, unnecessarily.
As Mars continues in square to Pluto, the lack of space, physical or emotional can cause the beast in us, to erupt. But freedom is within us, we can change, without having to always blame the other. If we started the change, the other, will inevitably follow. If you are Leo or Sagittarius, then the creative impulse is impressive these days, yields to the inspiration and I encourage you to take risks. The only thing that can happen is that it doesn’t come out as you expected, in which case, you just try again.
With so many planets in Aries, the impulse is of new beginnings, projects that initiate a new stage in life, ideas that beg to be manifested from the inside of our psyche. As the Moon is in Libra, the idea of working with someone, is contrasted with the need to do things the way WE want them, at the speed that your body and soul are asking you, rather than looking and taking into consideration the needs of the other. Accepting or at least listening to the ideas of others, and other people’s points of view, is the real message of this Full Moon in Libra. We must also keep in mind that Aries is a masculine and powerful energy and we must recognize this inner power, whether you are male or female, and pay attention at the effect our decisions can have on others. The commitment and the settlement of accounts is the issue of this full moon.
Amanda Knox, an American student, Cancerian, returns to trial in Italy, after the Italian Supreme Court, has revoked his acquittal in the case of the murder of her roommate, Meredith Kercher, in Perugia, Umbria, in 2007, when the two lived there as students. Amanda Knox, already served 4 years of imprisonment in a prison in Perugia, during the time that her trial was taking place. She was finally acquitted in 2011 and returned to the US. It is possible that USA do not allow her extradition to Italy. In another mode, Tiger Woods, after a few years, returns decisively to his position as no. 1 in Golf. Another settling of scores.
Saturn and Pluto form a Yod with Jupiter in Gemini which means that both Saturn and Pluto, make 150 ° contacts to Jupiter, which extend the previous concept of reckoning, topics that they have to do with justice, or better still, with past injustices that have the opportunity for atonement. Or we could call it redemption.
At the end of this writing a girl in England died of an attack by 5 wild dogs. dogs, too, get affected by Full Moons.
Use this space to comment, on possible cases of redemption you know. Happy full moon all! 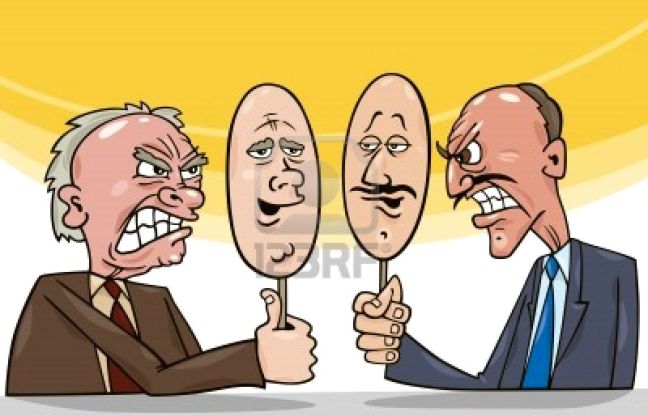 On the eve of this Full Moon, Mercury has finally returned to its direct motion and all of us have organized and reviewed a lot of paperwork, which at times seemed impossible to do or that simply were delayed by our negligence or ignorance of official and legal procedures. But finally, in this week prior to Easter, much of these situations would’ve been solved. Mercury is the planet which confronts us with official procedures and legal paperwork that needs to be done for the loss of documents that we must duplicate or renew, permits for works or business, request for licensing or payment of fines, visas, passports, etc, etc.
And now we have the first Super Moon of this year, when the Moon is aligned with the Earth and the Sun and in its perigee or point closer to the Earth. We usually have about 5 Supermoons per year and it is where the gravitational force is stronger than ever. Many tsunamis and earthquakes have occurred in Supermoons, as for example the one in Chile on February 27, 2010.
Its effect on our emotions is equally powerful and all those issues that are pending will be forced to confrontation. But this lunación happens in the angle of Aries (Sol) – Libra (Moon) at about 17 ° 23′. Aries, the first sign of the Zodiac, ruled by Mars, the energy that impels us to defend what is ours at any price, with intense aggression if necessary, to initiate, to risk, to speak out, to express ourselves individually. Libra, on the other hand, ruled by Venus, impels us to compromise, to find the middle ground, justice, to listen to the opinion of the other, to harmonize, to seek diplomatic solutions. Libra involves legal issues, diplomacy, the use of lawyers, the intermediate person that allows us to find a diplomatic solution.
A few hours before the Moon reaches its pick, that happens tomorrow Friday 6th at 7 pm GMT, on the previous night of Thursday 5th, the Moon opposes Uranus, which tells us that we can expect any change of plans, unexpected visits, meetings and/or events and not necessarily negative, as they can be desired encounters. Venus, already in Gemini, as I said in my previous article, makes a T-square to Neptune in Pisces and Mars in Virgo, suggesting some creative and inspirational project, but also bringing a little danger of self-deception in relations. Encounters between creative people for creative events is a great possibility. At the same time, Pluto continues in trine Jupiter in Taurus and Mars in Virgo, which augurs a sense of well-being even in the midst of power struggles within the relationship. Chiron is also part of this aspect as it is next to Neptune in Pisces. A tremendous opportunity to “heal” relations is offered to us. Juno and the Lunar nodes complete this Grand Cross, further deepening the need for diplomatic solutions and finding balance between the feminine and masculine side of our psyche, whether you’re a man or woman.
Use these days to consider your emotions, your feelings with people you know or with those you meet. Enjoy the energy exchange and delve into your own emotions. Venus in Gemini is fun and “light” and at the same time helps us to appreciate the lighter side of life, which can make the journey less frightful.
The cardinal signs are again on the Billboard, which means that all of you with planets in Aries, Cancer, Libra or Capricorn, will feel the energy of this lunation in all its power. The angles of your chart where the cardinal cross falls is where you will feel the force of this lunación. The mutable signs are also added to the party, since the grand cross involving Venus, Neptune, Mars, Juno and the lunar nodes, occurs in mutable signs (Gemini, Virgo, Sagittarius and Pisces), this gives us the opportunity to open ourselves to change and other points of view. Fixed signs Taurus, Leo, Scorpio and Aquarius, feel the wave, all of them have planets in Cardinal, mutable signs.
Don’t think negative, open yourself to the adventure and the resolution offered by this lunación.
Happy Full Moon to you all!
Feel free to comment on your adventures of the cycle of Mercury Retrograde that just ended yesterday.