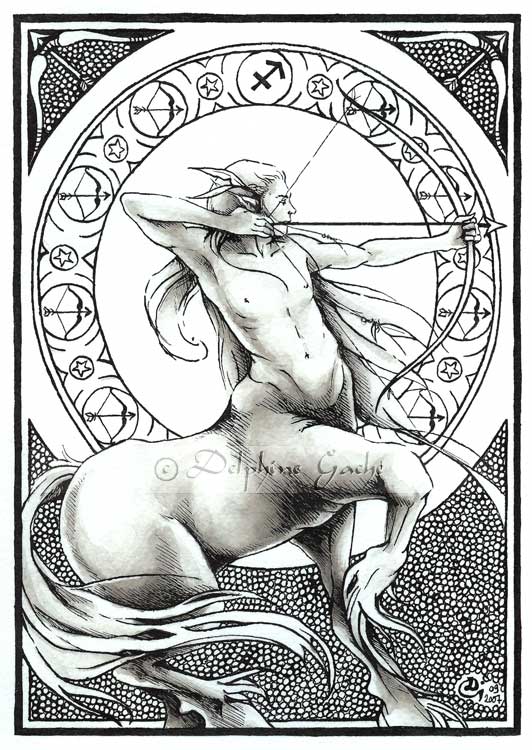 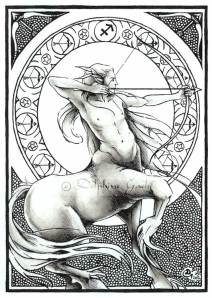 This is one of those occasions when Astrology comes alive with the force!! As we are experiencing the New Moon in Sagittarius on the doorsteps of Mercury stationing retrograde, another huge Air Space paralyzation send air-travel into a mayhem.
Just in case we had any doubts that Mercury rules traveling and communication, here we have the undeniable proof. In the second retrograde of this year we had the Ash Cloud which stopped air-travel all over Europe. This week end we are in the last New Moon of the Year, and the last Mercury Retrograde of the year. (You should read my other articles on this subject earlier in this blog).
The Moon encounters the Sun at 13º Sagittarius 28′, on December 5th at 5.35 pm , GMT. There are not major aspect to the Lunation itself, except for Pholus conjunction and the alinement with the Great Attractor, at 14ºSag, this point of extreme electromagnetic attraction where many galaxies seem to be heading towards. Although we don’t understand fully what the Great Attractor is, it is a point in the Universe to keep track of. Pholus, which we have seen in other articles about Sagittarius is one the Centaurs which represent the Sagittarian spirit in its search for truth and in defense of what is right. But Pholus had a particular mission in his life, which was to guard the wine from the Centaurs to avoid the madness that ensued whenever they got drunk.

Sagittarius is the sign that brings our attention and consciousness toward everything that exist beyond our neighborhood. Beyond the space where we spend our daily life, beyond the limits of our country, our mind, well into other cultures, other realms. Expands our physical and mental horizons so that we may learn about ourselves through the encounter with others, with the different. Sagittarius never stops in its search for the truth, where ever this journey may take him. It’s the traveller, the investigator, the adventurer, the philosopher, the teacher. To arrive is never the purpose of Sagittarius, but the journey is. Sagittarius represents the side of religion which has to do with our faith, in the sense that takes us beyond borders into uncharted territories.
Jupiter, ruler of Sagittarius, and absolute King of the Gods in Roman and Greek Mythology (Zeus), makes an interesting contact to Juno and Pallas, two of the asteroids between Mars and Jupiter. These two represent two aspects of the feminine, in apparent war with one another. Juno or Hera is the wife of Zeus and Pallas Athena is the daughter. The latter was born of her father’s head without a mother. Juno is the symbol of the “wife” and the power that this position grants her as head of the family, and Pallas represents the intellectual woman, single mother who does not marry and does not belong to any men. Two aspects of the feminine that we women seem to have difficulty in integrating in our lives harmoniously. Although, more and more, wives seem to be keeping their independence and careers in spite of being married. How to integrate these two aspects of our psyche and by no means an exclusive territory of women, could be one of the challenges of this New Moon in Sagittarius. Just today I saw in CNN the new of a christian woman in Pakistan, who has been condemn to hang for blasphemy against the prophet Mohammed. Can you believe it? Still, that’s where we are.
Just after the New Moon on December 6th, Uranus stations direct, making its way forward once again, on its way to the meeting with Jupiter for the last time in the sign of Pisces. This aspect reminds me of Bob Marley, when he used to sing: ” Emancipate yourself from mental slavery”… And what a great opportunity for it this is!. Time to say good bye to ideologies and beliefs that chain us to live life as if we were separate entities, instead of being part of the human race. Look what that kind of mentality has taken us to. To keep killing each other in the name of God. But it also reminds me of Stephen Hawking’s latest book ” The grand Design” when he says, there is no need of a god like figure to figure out how something can sprout from nothing, and form what we call the World. What a great book!
Uranus has been in retrograde motion since July 5th, and we should feel this motion forward inside of us as an impulse to free ourselves of mental patterns, created by our insecurities and doubts, that sabotage our progress and our development. The message: “Go for it!!!” Dare to do what your heart is asking you to do!. Creative freedom is essential to Uranus, and specially in Pisces, and even more so in aspect to Jupiter. Dare to move away from known territories and into the unknown.
As Mercury approaches is station retrograde on the 10th, but well into its shadow zone, air travel is sent into chaos again due to bad weather in Europe and to a strike in Spain, just as it happened in the February retrograde when the Ash Cloud from a volcano in Iceland, stopped all flights for weeks. Each retrograde last about 3 weeks, let’s see how this one develops. One thing is for sure and that is that we now know, that every time that Mercury goes retrograde we encounter these kind of situations. Mercury stations retrograde at 5º Capricorn and will dip back into Sagittarius between the 18th and January 12th. It will station direct at 19º of Sag on December 30th, just for the New Year and it will return to 5º Cap on January 17th. In its retrograde it will contact Mars and Pluto on Dec 13th-14th, and perhaps is this triple conjunction that marks the spirit of this retrograde when the need to revise our commitments, especially our written ones in the form of signed contracts, insurances, will have to be renovated or simply changed! Pay attention at the events around this time and you’ll have a clear picture of what needs to be changed or renovated in your life.
Keep your mind and your heart open and dare to expand your horizons even if your flight is delayed.